16 Nov 2022 — A proposal by the EU executive branch to prolong glyphosate use across the bloc countries for a year has been rejected. Pesticide Action Network (PAN) “congratulates the courage” of the blocking member states but admits that the Commission will probably prolong use in a unilateral decision.

Glyphosates are a herbicide used in grain as a pre-harvest desiccant to dry crops and make harvesting easier. For example, they are used for sunflower or millet desiccation and are found in fruits like grapes.

Farmers can use glyphosate until the end of the current approval period this December 15.

Dangerous herbicide
According to PAN, there is enough scientific evidence that glyphosates pose an unacceptable risk to human health and the environment.

The organization is calling for member states not to support the extension of the herbicide use and follow the precautionary principle according to EC Regulation 1107/20091.

The European food safety authority will publish its conclusion on glyphosate in July 2023.

“There is a massive industry and agroindustry lobby that takes place. For this reason, we give only a really small chance that they would [the EC] propose an immediate ban, even though science would justify that,” says Simon.

Ubiquitous glyphosates
According to the EC, “glyphosate is the most frequently used herbicide both worldwide and in the EU, and it has been used for several decades.”

The herbicides help minimize the use of plowing machines, which helps reduce soil erosion and carbon emissions. Denmark, Poland and the Netherlands use the most glyphosates in their farming practices out of all EU countries .

The EC can now move to approve rules on the herbicide on its own and extend the glyphosate use for a year.

PAN, earlier this year, criticized the EC’s “continuous extensions” of pesticides and herbicide approvals when its report revealed a 53% increase in hazardous pesticide use in the EU in the last nine years.

Sun Nov 20 , 2022
Yet again, our good pals over at McDonald’s have pushed the boat out and given us something outrageous. Introducing, McDonald’s McDelivery Chicken Combo – available exclusively via delivery service, this combo meal features 10 Chicken Selects, with 4 Select Dips, and 20 Chicken McNuggets, with 4 Standard Dips. Yep, this […] 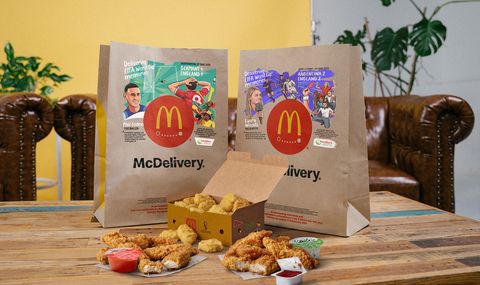